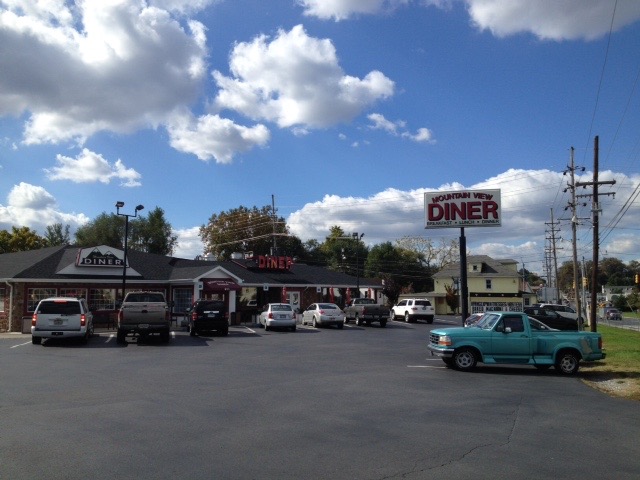 If you’ve read my earlier post (here), you’ll know I feel like I’m fighting a losing battle to at least maintain my normal weight while here, and with John’s love of taste-testing cheeseburgers and mine of pie, it’s more likely we’ll come home looking like extras from Jerry Springer.

Now we’re a bit more in the swing of trailer life, we’ve found the stores we like to shop in (Food Lion for general groceries, Harris Teeter for produce and particularly free-range chicken and nice fish) and stocked up the cupboard (singular) and fridge/freezer (yes both!). I’ve also learned two things about grocery shopping in the US: 1. Shop the perimeter of the store – there is a lot of processed food in the middle; and 2. Read all the labels – there are added sugars, salts and things I’ve never heard of in the most simple foods.

Tonight I’m doing a recipe I’ve done once before, from a lovely website called loveandlemons . This was inspired by Deb introducing us to acorn squash, which is delicious and in season now, and not something I’d have ever known how to cook before (peeling them like a butternut squash would be a herculean effort). Deb adds butter or olive oil, salt and pepper, and pops them halved or segmented into the oven. We’ve also done them wrapped in foil on the barbecue. It’s nice to add cinnamon at the end – yum!

So dinner is this stuffed acorn squash and this time I am cooking it with quinoa – last time I substituted white rice as the only quinoa I could find was $7 a box in Walmart (n.b. Walmart is not the place to buy food!). Fortunately Harris Teeter in Virginia Beach had about ten varieties of quinoa so I’ve got their own brand, for more like $4. This still seems expensive compared to the UK – Deb thinks it’s because it’s fashionable here for the health conscious and not yet a staple. John’s verdict is that this is the best vegetarian meal he’s ever eaten. High praise, it sounds, but I’m pretty sure he can count them on one hand!

Cooking this in the trailer is not as bad as you might think – the oven is a bit small for both halves of the squash to go in my only oven-proof dish, so I’ve used tin foil again, but other than that it can all be done on the hob.

There’s not really an excuse for us not to eat well here, we just have to make more effort to plan ahead and not always give in to the quaint lure of the mom and pop roadside diners. The main problem is they do awesome milkshakes, cheeseburgers, and make us feel like we’re Jack Reacher. Not something quinoa and squash can really match…