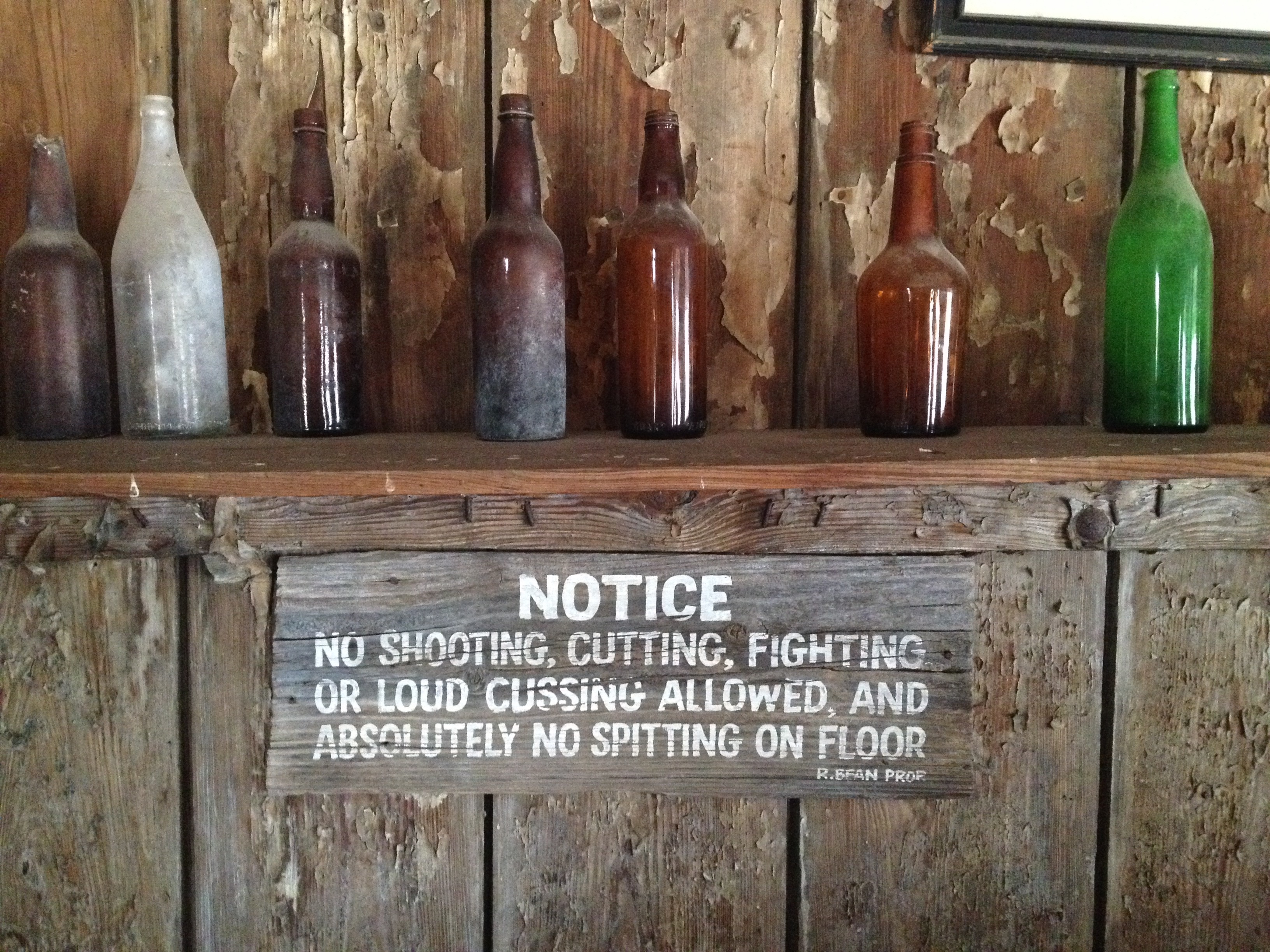 by John Syson in Beer, This year of our lives 4 Comments

When is a pub not a pub? When it’s a ‘British Pub’. There is a growing trend in America for bars that call themselves pubs. As we’ve been travelling around we’ve noticed several establishments in places like Charlottesville, VA; St Augustine FL; Nashville, TN and San Antonio, TX. Often they are branded as ‘British’ pubs. These are not Irish pubs – anyone from the UK will have seen the ‘Irish pubs’ of the high street and many European cities and we’ll not discuss them further here. This is a relatively new breed of ‘British pub’, often with an external display of Anglocana: Red telephone boxes, plastic bulldogs, union jacks, which I obviously spend all day tripping over back home.

We enjoy American bars, especially the type lovingly referred to as ‘dives’, which tend to have long wooden bars at which you sit to order one after another of the plentiful selection of beers and cocktails on offer, settling your check at the end of the evening. We (maybe more I) have also enjoyed the breweries we have visited, which mostly resemble restaurants with table service but also feature the aforementioned bar and bartender.

There is something about a pub, however, that is uniquely British. The fact that it is part drinking establishment, part social club and part someone’s front room is not something I have found replicated anywhere else in the world. The social norms of regulars, bar etiquette, and the often slightly domestic setting mark it apart from all other palaces to imbibing that I have visited. There is also of course the increasingly likely prospect of a good pint of ale. Over the last 15 years the quality and variety of ale available in most of Britain has improved substantially, even if the number of pubs available in which to enjoy it has fallen.

You might think then that the prospect of a growing number of British pubs springing up on this side of the pond would offer a welcome opportunity to indulge in a taste of home and some real ale. Sadly, all is not rosy in the “British Pub” garden. Many of these pubs are to real pubs what Disney’s Enchanted Castle is to Windsor Castle, wonderful in their own way but not the real thing, the differences noticeable but subtle and subject to many bar-stool conversations between An and me. I’ve noted our top spots below:
Seating: If you want a table you need to wait to be seated by a hostess (a feature that now seems to be creeping into some Midlands gastro pub chains, but they’re not really pubs anyway of course). There is no jostling for the seat near the fire, no gentle elbowing to get the last bar stool, just a very well ordered and mannered hostess process. As I said, nice in its own way, but not very British.

Bar etiquette: Leading on from this, the gentle British elbowing is also linked to the need to establish oneself as next in the invisible ‘queue’ for drinks. Due to the presence of table service, the Americans tend not to have this system.

Paying for your drinks at the end of the night: Ok, in the UK if you’re a local you can have a tab and settle up at the end of the evening but in America you’ll get a check automatically unless you ask to ‘close out’ after you’ve ordered.

Tipping: In the UK you may well say to the barman/maid “and one for yourself?”, especially as a regular, but in the US you always tip unless the service involved someone actually punching you or a member of your party in the face or spitting in your food right in front of you. I understand the whole US tipping thing, when your basic wage at the end of a shift isn’t enough to buy a Snickers you need the tips, and good service deserves to be rewarded, it just detracts from the ‘authentic’ pub experience.

TVs: All American bars have TVs. I’ve not been to one yet that doesn’t, including the Clarksville juke joint, which had some kind of medical drama playing behind the band all night, interspersed with the occasional shot of Donald Trump. This has spilled over into ‘British Pubs’ here. I know we have TVs in some pubs in the UK but we shouldn’t and if you go to a pub that regularly has a TV playing you need to look at yourself in the mirror and consider if you’re a true pub lover.

Optics: We went to a British pub in Nashville recently that had optics, something you never see in America, where the amount of spirit you receive is happily free-poured in direct proportion to the mood of the bartender. So far so good for the genuine article but all the spirits including the single malts were in optics. You’d never see that at home, where the Glenlivet would be left reverently corked on a shelf, lest any should be wasted sat in the optic for too long. Close, Nashville, but more Jonny Cash than Jonny Rotten.

Modern, high ceilinged buildings: OK, there are some really big pubs in Britain but, with the exception of The Prince of Wales in St Augustine, all the ones we’ve been to in America have been in new buildings which are too big, too new and too sensibly laid out to give the feeling of a genuine proper pub.

Beer: Finally the big one. Some ‘British Pubs’ have familiar brands behind the bar like Fuller’s, Young’s and Boddingtons (although no one in Britain actually drinks Boddingtons). When you order your pint (occasionally it actually comes in a real Imperial pint and not the deceptively smaller American pint) it arrives and immediately one is suspicious. This beer looks rather cold and a bit fizzy. Indeed it is both of these things and absolutely nothing like its UK counterparts. It turns out that a chilled, pasteurised and carbonated London Pride is frankly rubbish. What the Americans must think I have no idea.

Theme pubs of any nationality are fun, both for those who’ve never been to the country being showcased/stereotyped and for ex-pats. I just wish those attending could get a feel for the real thing. Maybe there’s a business idea in there somewhere. John’s British (actually in Britain) Pub tours anyone? Maybe it’s just that I miss elbowing my way to the bar, returning to find someone’s pinched my seat, and so lurking in the corner by the loos to drink my warm, flat pint of Adnams…