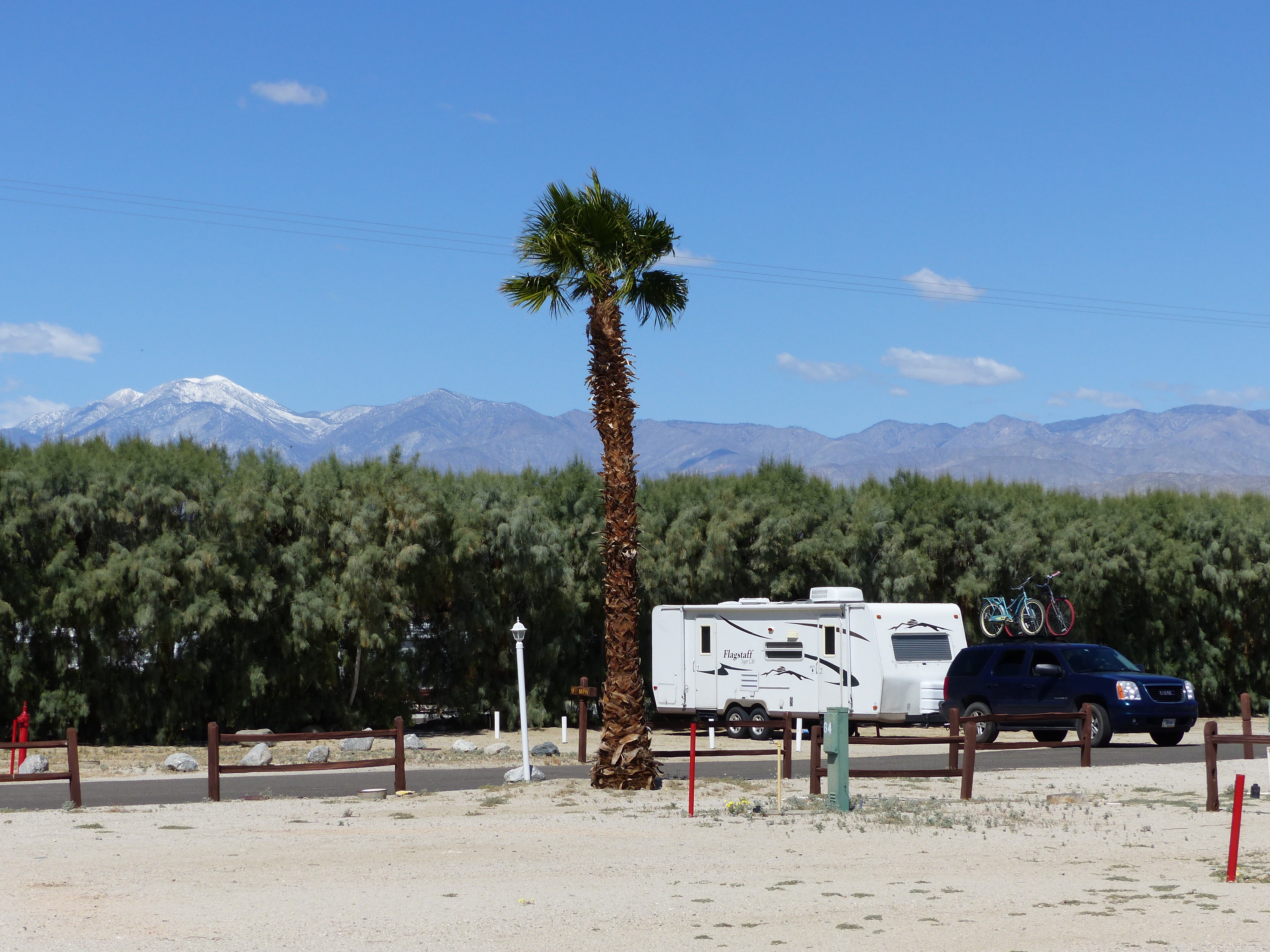 The last time I posted, we had just experienced our first week in Utah, and fallen in love with its epic rock formations and stunning landscapes. Now I’m sunning by the coast in California, I though I’d take some time to catch up on our journey so far through the Golden State (so called because of the discovery of gold here that drew people in droves). We’ve done so much since the start of April, though, it’s probably going to take a few attempts. So here is Cali Week One, and a tiny bit of Nevada for good measure; hang on to your sun hats…

We spent longer in Utah than we expected, and had a deadline of 31st March to be in San Diego, so our trip to Nevada was a bit of a hurried affair. We were aiming to camp at Valley of Fire State Park, but as it was Easter weekend, we got there to find the first-come first-serve campsite was full. We’d half expected this, so decided we would have a first shot at boon-docking, which is the RV term for parking up and camping somewhere for free, without hook ups for electric/water etc. We’ve read a lot about different options and ways of doing this on various camping website, blogs and on IG, and had identified a piece of publicly managed land referred to as Poverty Flats or sometimes Snowbird Mesa, where many people have camped for free without issue. Accessed directly off the highway near Overton, Nevada, this is a large, flat piece of stony ground, high up and overlooking the desert. There were several RVs parked up already, and even a few rough stone fire rings, so we felt confident in pulling up overlooking a canyon and making camp for the night.

The practicalities of boon-docking included filling our tank with water first at the state park and remembering to charge our phones in the car (we didn’t want to ruin the peace with our generator). Other than that, we literally drove up, parked, and we were home. Home is where you park it has never been more true and after a hike around the nearby state park, where we saw amazing red rock formations, hummingbirds, and ancient petroglyphs, we returned to make a camp fire and watch the sun set over the desert in peace. This was one of the biggest spots we’ve ever had, it was quiet, beautiful and free. This could prove a big challenge in getting John to pay for camping when we’re back on the road in May!

The next day, we needed to get to our first California campsite so got up and packed early for the 7 hour drive. As always, though, we tried to fit too much in, chatted on FaceTime to our friends (weirdly our boon docking spot had some of the best reception in Nevada!) and thus ended up racing down the Strip in Las Vegas (Elvis blaring from open windows) and not having time to stop for lunch, as our next campsite locked its gates at 7.30pm. It was fun though and I think John might even be convinced to return to Vegas, just for the show of it, at a later time (I’ve been before on another trip).

Late afternoon found us zooming across the Mojave Desert, epic scenery all around, listening to Californication, Hotel California and anything else I could find on our iPhones that seemed location appropriate. It is a beautiful landscape and we felt very excited to at last be in the state where we will start to share our adventure with friends and family from home – 3 sets of visitors would be arriving, starting on 2nd April, and we were thrilled at the thought of seeing them. We made it to our campground just in the nick of time, and even had time for a dip in the pool. Fed by natural hot springs, it was warm enough to swim in after dark, and looking up at the shadows of palms and the starry desert sky gave me another ‘I can’t believe I’m here’ moment.

Desert Pools is a great campsite. A favourite of snowbirds up to March, we arrived at the end of the season, and got 5 nights for $112. Considering this is full hook ups, it’s in a beautiful location and is chock full of activities, this Passport America deal was one of our best. I spent my days hanging with the snowbirds by the pool, swimming lengths while the ladies gently worked out to their aqua aerobics sound track, the hypnotic voice of the virtual teacher almost lulling me to sleep. The pool was beautiful, I’ve stayed in hotels with worse communal areas, and I enjoyed a bit of luxury time after all the hiking and dry camping.

John, of course, used the time to sneak in some chores. On Easter Sunday, he was up bright and early, having discovered that we’d checked into a site that allowed him to wash the trailer – something that hasn’t been possible since we left Steve and Deb’s in Virginia. This then precipitated another raft of chores, fixing various bits and bobs and even resealing the roof. I’ve rarely seen him happier than when the roof was clean, shiny and sealed to his satisfaction, and of course this in turn afforded me the mental peace to return to my sun lounger for the afternoon session.

We did get out and about in the area, as there is a lot of natural beauty around Palm Springs. Joshua Tree National Park was a must see for us, and we were so happy to be there when all the wild flowers were in bloom. California has been through a severe drought for the past few years but has had more rainfall in January this year than they’d had in the previous 5 combined, which meant that all the seeds that had been lying dormant burst into bloom when the spring arrived. This made for such a colourful desert and some really beautiful hikes, so much lusher than we’d expected.

From the valley floor, we took the Palm Springs Aerial Tramway up to the top of the San Jacinto Peak, ascending 6,000 feet to the state park at the top. We were glad we took our coats because we disembarked into a Narnia-like alpine forest, with snow covering the ground. Having come from the desert, 12 and a half minutes below, this felt surreal and we had fun hiking about in the fresh air and checking out the views from the mountain look outs. There’s a restaurant and bar at the top also, with great views out over the Coachella Valley, Palm Springs glittering below. Oddly, we met one of the grumpiest bar maids ever at the bar, something so unusual in the US that we were both quite dumbstruck and couldn’t help but laugh into our drinks until it was time to get the tram back down. It’s a pretty neat system, with a spherical glass cabin and rotating floor, so everyone gets equally good views, and despite my fear of heights I’m glad we paid the $25 each.

Palm Springs felt like a mini holiday for us. While we did have jobs to do in getting things sorted before our visitors arrived, we took full advantage of the facilities, playing mini-golf, swimming, and having a dip in the natural hot tubs every night. The perfect combination of luxury and budget, in a sense we had to drag ourselves away to head for San Diego and the Pacific at last, though my excitement was building because of course my dear friend and her sister were flying in to meet us and I couldn’t wait to see their faces…!