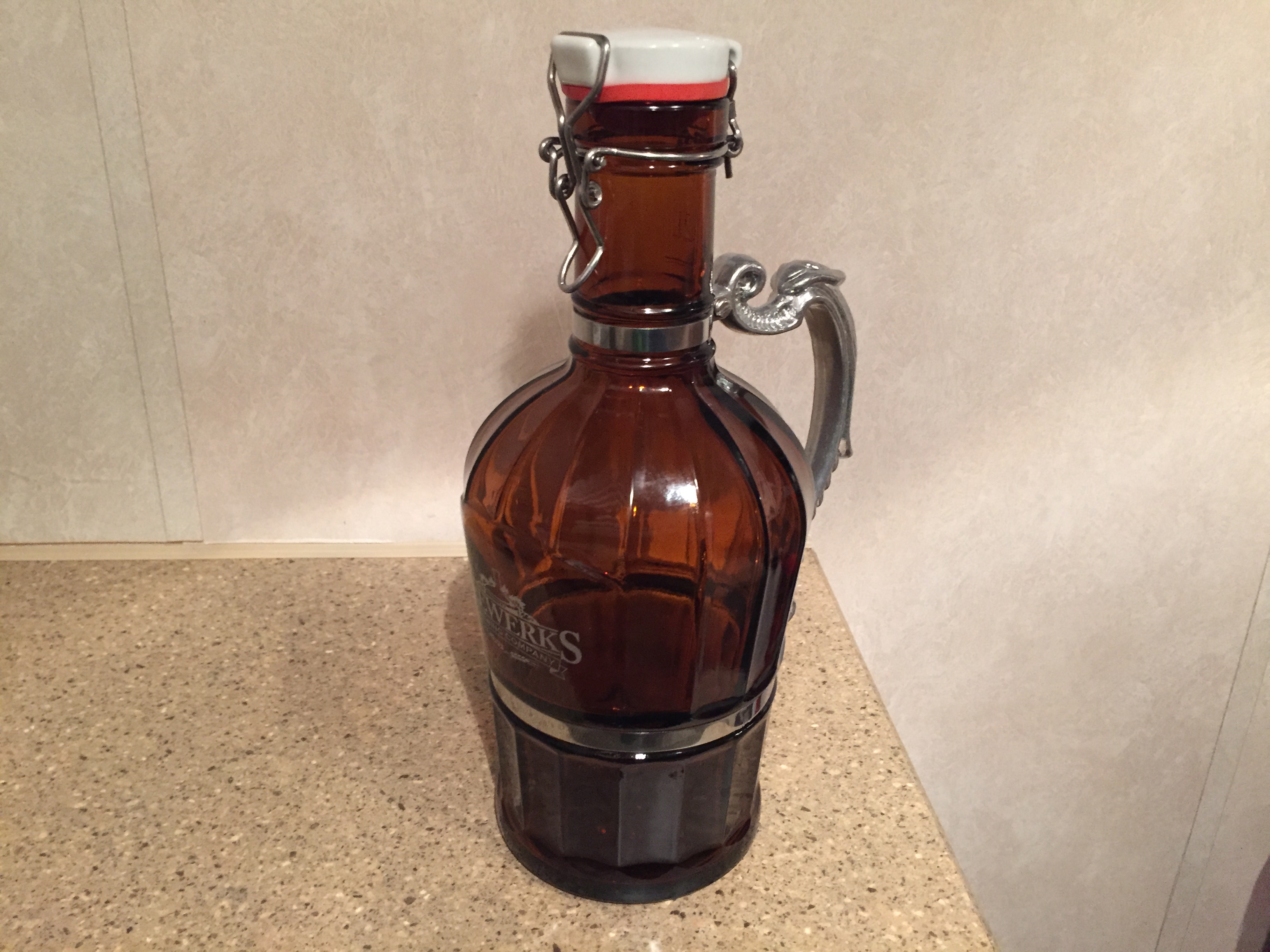 It’s been a while since I have posted anything on the blog, most of that time has been spent fixing things in the trailer. A good day with a second hand trailer is one where you can fix all the things that broke. The up side of all this enforced mobile home DIY are plenty of opportunities for ‘a well earned beer’ or an ‘I’m celebrating because nothing broke on the trailer today beer’.

In order to celebrate a whole 48 hours without anything on the trailer snapping, exploding, shearing off or otherwise misbehaving we proceeded to the Alewerks Brewery near Williamsburg, VA. It also provided an opportunity to introduce An to the concept of a brewery tour with brunch. With our friends Steve and Deb Harper in tow. we entered the unassuming single story building next to the brewery which looked suspiciously as if it had been a discount mattress shop in a former life. In common with many modern US buildings the interior was slightly more pleasing to the eye than the exterior, with a deep three sided wooden bar dominating the centre of the room.

Unfortunately, and uncommonly in Virginia the brewery served only limited food so what set out as a brunch turned into a beer for (11am) breakfast, which I have seldom enjoyed since university (except for Giles Harrison’s stag do but the less said about that the better). Armed with only half a sourdough pretzel each, we sampled some of the breweries excellent ales; An and Steve trying an American pale ale, Debs with a coffee stout ,while I restrained myself by only having 2 beers; a milk stout and porter. The porter having the distinction of being the only beer I’ve seen so far to be cask brewed and dispensed via a hand pump. No additional CO2 here! Strangely no-one else was as excited at this revelation as me. But who knows when the next time I’ll find a hand pump will be? P.s. Sorry about the tiny beer glass, I was driving!

It was midway through our second round of drinks that An spotted two chaps at the bar next to us admiring a selection of re-fillable glass jugs, or as they are called here ‘growlers’ (stop sniggering at the back). These are to be seen in almost all breweries in the US and can be purchased to carry home a few pints of whatever you have sampled at the brewery and come back at a later date for a refill. Normally they are fairly nondescript plastic affairs with the name of the brewery printed on them; Alewerks, however, had certainly pushed the boat out and invested in some very fancy German ones with ornate metalwork and thick brown glass.

I am normally much given to parsimony and the thought of paying $40 for a big glass jug would horrify me but the beer, or as Steve calls it ‘wallet lubricant’, combined with Deb and An’s entreatment that it is necessary to buy lots of souvenirs to take back to the UK weakened my resolve and one was promptly filled with 2 litres of coffee stout.

The growler is a thing of beauty as you can see from the photo and although it weighs an absolute tonne and is too big to fit in the fridge in the trailer, I do rather love it. Now I just need to find another friendly brewery to fill my growler…