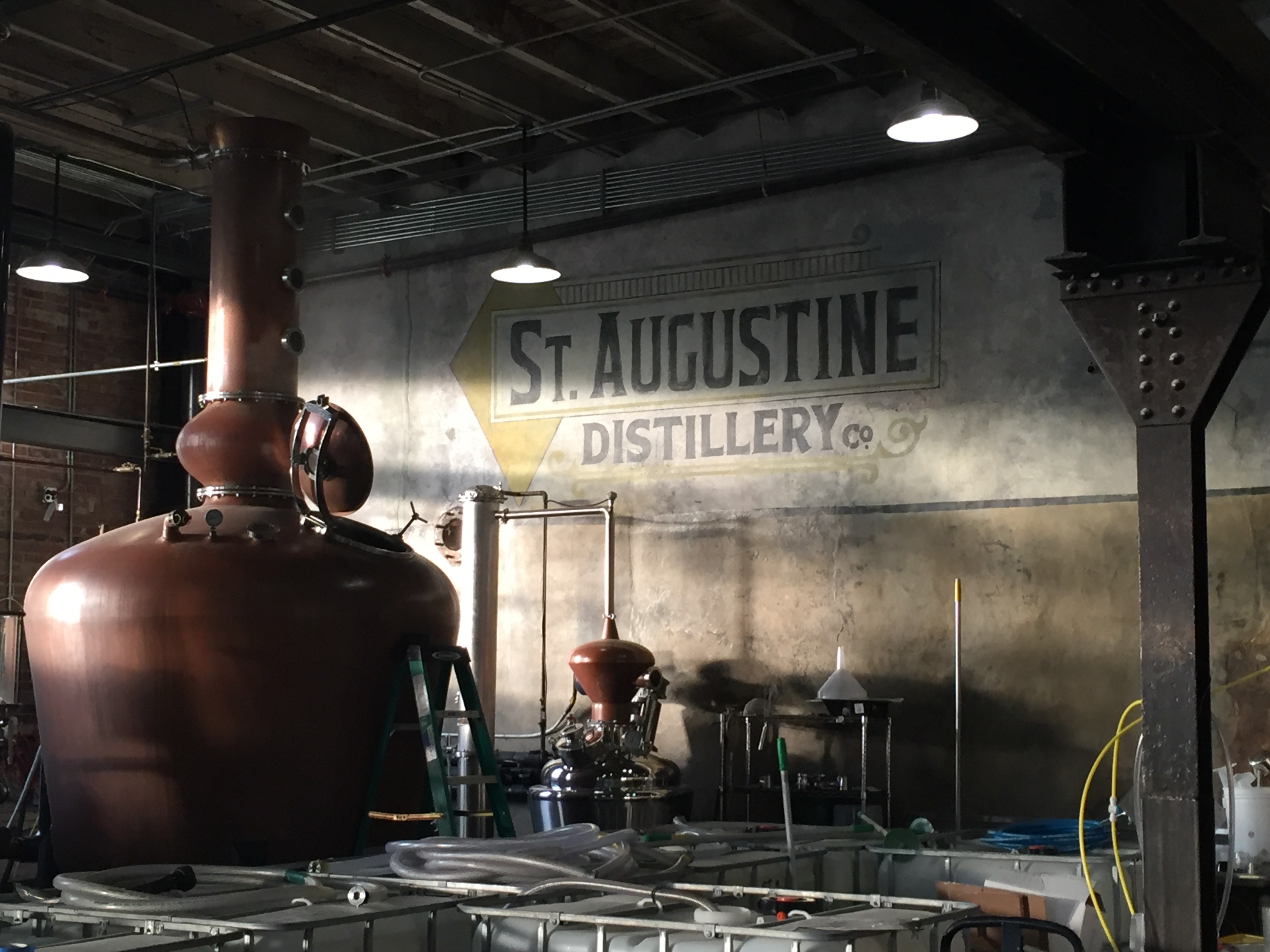 I was ready to hate Florida. I’ve been brought up to believe that it’s all Disney World and high rises and after the friendliness of Virginia, the tranquility of the North Carolina mountains, and the majestic mansions of Charleston, I was nervous to be heading to the sunshine state. Add to this that every time we have spoken to people on the road and have answered yes to the inevitable question ‘so are ya’ll heading to Florida?’, I have felt like a cliche, following in the footsteps of the flocks of white haired ‘snowbirds’ who descend on the state for the winter. Oh and the bugs. I was freaking out about the potential for mosquitos.

First stop was Faver Dykes State Park, near St. Augustine, on the north-east coast of the state. While the drive into Florida had been concrete and interstate, entering our campground was like taking a turn into another country. A sandy road twisted through palm trees and other lush vegetation, quietly heading further and further away from civilisation. Our spot was large and very secluded, again reinforcing why we enjoy the state park system so much, and for $22 a night, we felt very lucky. I exited the car dressed in jeans and my waterproof, hood up and tightly drawn, can of Deep Woods Off in hand, ready to help John back in. But joy of joys, not a mossie in sight!  In the muggy humidity of the park, I was really surprised. This was starting well.

We spent a really enjoyable couple of days in St. Augustine, including stumbling across a distillery that had opened up only 18 months ago, on the site of a former ice works. They run a very slick operation, with free tours every half an hour, in which you are taken around the production methods for their gin, bourbon, rum and vodka, all of which are bottled by hand. I learn during this process that for a whiskey to be called a bourbon, it must be made in the US (not in a specific state) and aged only in new, unused, white oak barrels, which have been charred inside. Their bourbon isn’t ready yet, as it’s still ageing, but in the tasting room we are treated to cocktails made using the gin and vodka, both of which are very good and served up in chilled copper cups, at a bar designed with a very vintage feel in mind.

We’re then greeted by one of the founding partners, Larry, who explains about the community input they have here, working with local producers and helping to bring up what was only recently a part of town on a downward trajectory. Further lubricated by a rum daiquiri from Larry, we take a wander round the shop and leave, of course, with a bottle of rum.

It’s John’s sister’s 30th birthday and one of her friends has been in touch to ask if we’d record a message, as she’s putting together some videos from friends who are out of the country. Producing our own mini movie takes up a lot of time and is a lot of fun, as we film each other in various parts of St. Augustine, ‘larking about’, writing messages in the sand, and spelling out ‘Happy’ (we gave up on ‘Birthday’) with our bodies so we can set it to music. The result is perhaps not totally polished but does capture how we’re feeling in this town – relaxed, hopeful, enjoying the sun and the beaches, which are clean, long and beautiful.

One late afternoon, we take a drive to Porpoise Point, which is a beach on to which you can drive (not unusual in Florida). It’s a novelty we’ve never experienced, so John puts the Yukon into 4WD (exciting in itself) and heads off road to a spit of sand overlooking St. Augustine. It’s a beautiful spot and we walk along the sand, film a bit of our video, and have a chat to a local man on his bike, who identifies some of the sea birds for us (black skimmers) that have flocked here just today on their annual migration . He’s particularly effusive when he finds John works for the NHS, as he says that their website is more helpful than his own doctor in treating his arthritis. We bask in the reflected glory of our wonderful health system, which is something that has become even more precious to us having spoken to many Americans about their high medical bills and fears of getting sick.

When the sun starts to dip, we set up our camp chairs in the lee of the car, and watch the the skies turn to pink over the city. It’s cooler now, so we are in jumpers but being able to sit out at all at the start of December is an utter pleasure.

In the old town of St. Augustine is the Spanish fort, which is part of the National Parks Service, so we get in for free with our pass to look around that. As in Charleston, my attention span for forts is limited, though I am interested to note that it has never fallen to force and the city only ever changed hands through treaty and negotiation. This is America’s oldest city, but a walk around the rest of the old town reveals that there’s little of the really old left, having been burned to the ground, somewhat embarrassingly, by Sir Francis Drake. The oldest houses left are from the 18th century and a lot of the centre of the old town is full of slightly tacky establishments claiming to be ‘the oldest’ this and that in the country.

But on the whole, we like it. St. Augustine has a nice vibe, lovely beaches and some good food (I had to get that in somewhere), including some really nice salads (diet going well) at the Flavors Eatery and (diet not going so well) amazing chocolate salted caramel layer cake from the Chocolate Turtle –  picture below for John’s team at Papworth who have asked for more cake updates (we are always happy to oblige requests in the interests of our readership..). John’s verdict: ‘Possibly the richest cake I’ve ever tasted’. He’s not wrong – we shared a slice and I had to put half of my half back in the fridge for another day.

And so began our month in Florida. Snowbirds we may be, architecturally rich it isn’t, but the weather is warm, the camping good and the beaches clean, and that’s a good enough start for me.