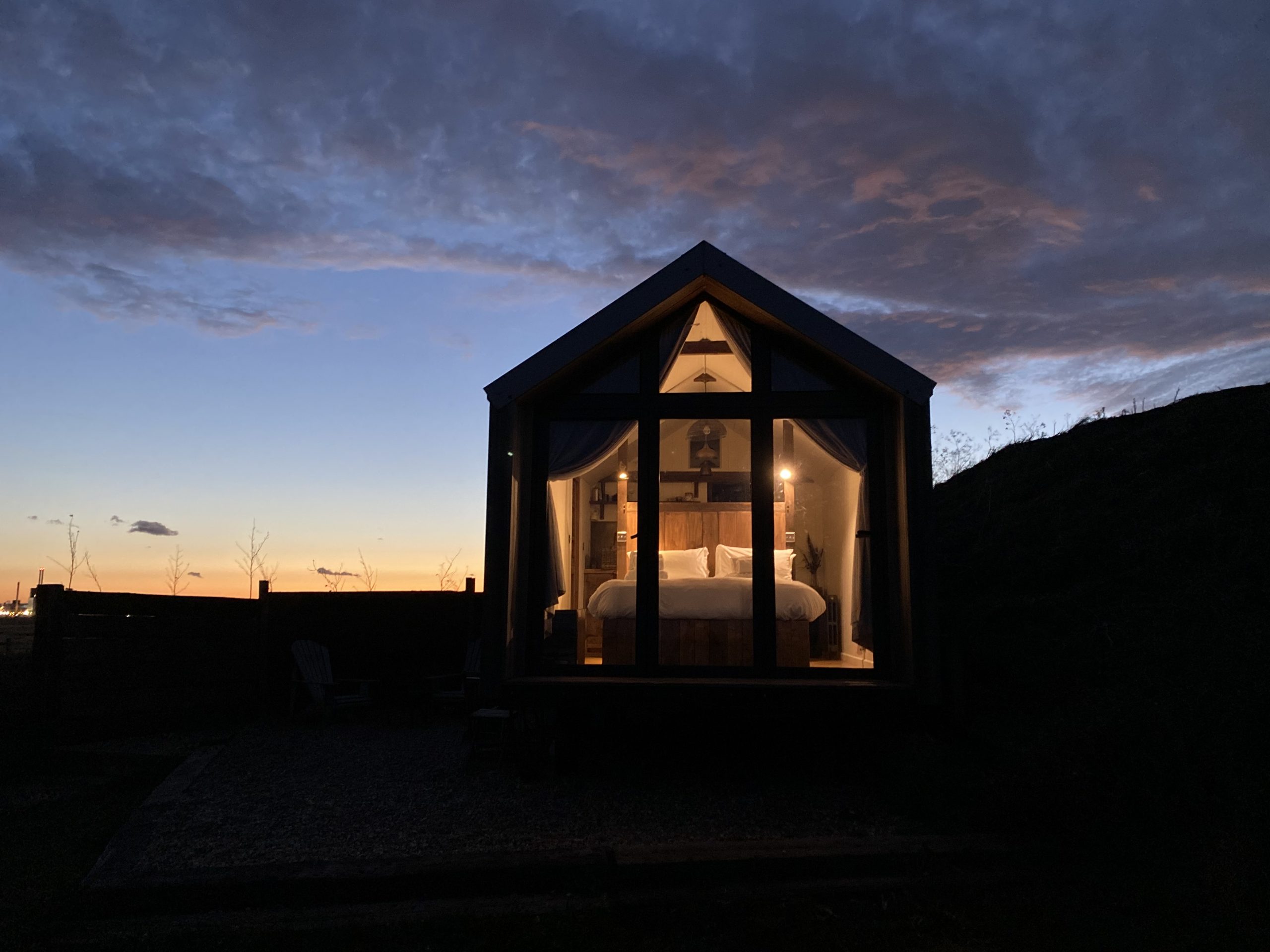 Monday morning found me in the manner to which I’ve become accustomed in recent months; in my home office, fan on, trying to stay cool while working from home. A dragonfly clacked around outside the window as I watched the leaves drift lazily down into the car park of the block of flats in which John and I found ourselves locked down, when the world shifted on its axis in March of this year.

Travel has, of course, taken something of a back seat in 2020, and I’ve been so thankful that we pushed ourselves in January and February to take up invitations for two European city breaks with friends, when our bank balance and energy levels were simultaneously screaming at us to stay the heck at home. We didn’t listen, and had a ball both weekends, but the universe did and before long even a trip to Sainsbury’s became a treat. My days browsing travel blogs and last minute deals were switched for vain attempts to secure Ocado slots, weekends merging into weekdays as John’s decision to take up a role at the ambulance service plummeted him headlong into workforce planning for a world that just wasn’t ready for the wave about to hit.

What had seemed like a smart move to sell our house before the coming Brexit market crash, and to move into a temporary rental, meant that there was no substituting travel with DIY or gardening, so in the personal sense, we have been in something of a suspended animation for most of this year. In theory, we should now be reanimated, and yet there has always been something decidedly glacial in our joint ability to decide on anything resembling a permanent home, and the general uncertainty surrounding us now does nothing to curb our natural inclinations never to put down roots.

And so, as this week turned rapidly from summer to autumn overnight, my thoughts turned, as ever, to the trailer, and to the happiest home we have ever created. Luckily for me, my past self had anticipated this, taking advantage of a cancellation to book us in for a weekend in a hut at Elmley National Nature Reserve, in Kent; a place I’ve been wanting to visit since reading a Telegraph travel article (don’t judge me) in 2017.

Ninety minutes in transit, an hour queuing for the Dartford crossing, and we finally found ourselves driving over the bridge to the Isle of Sheppey, the sun dropping dramatically behind us, thoughts of work left at home, and a weekend of open skies and birds ahead of us. When we got out of the car to walk our bags down the path to our hut, we realised how grateful we would be that the Ferryman’s Hut is nestled into a large earthen mound, in the midst of the flat marshland of the Island, as the wind whipped around us and autumn showed her true colours.

With the drastic drop in temperatures, I’d had to haul out all and any relevant clothing that we had in the flat. When lockdown temperatures soared in April, we’d made an SOS call to John’s dad in Leamington, where our summer clothes had been safely stored from our December move, and ask him to coordinate with us to courier two bags either way and help us get through the weeks (months) confined to a sweltering third floor apartment with no garden.

Having not yet done the return swap, this weekend was all about wearing what we had, in all layered combinations. Fortunately I had hung on to my autumn essentials: Dubarry’s; Barbour; felt hat; blanket scarf; cashmere Arran sweater. So with these and a couple of pairs of trousers and layered tops, I was ready to face the elements. Oh and my new favourite socks and Birkenstocks combo, which I saw sported not just by me over the weekend and which, if she ever reads this, will make Carly disown me.

And face the elements we did. The wind kept up its efforts all weekend and, while we were warm and toasty in our little wooden box (which I was overjoyed to see had a beautiful and effective iron radiator), the rattle of the breeze through the extractor fan kept waking us up, out of practice as we are at living in a home on wheels, so on Saturday morning we were not as fresh as I might have hoped. Fortunately, all we had to do was wait for our breakfast to be delivered in its hamper, and snack on a croissant and coffee, snug under a very cosy duvet with a view out to the marsh, until John reminded me that the time had come for the weekly run.

I am one of those irritating people who took up running during lockdown. I will qualify that with two facts: 1. That my first Park Run was actually on 14th March, and therefore before lockdown. 2. That while I have run once a week ever since then, I do not consider myself to be ‘a runner’ as I hate very second of it, and, I suspect, always will. But occasionally I come across a stubborn streak in myself and, when I have managed to consistently achieve something, however minor in the grand scheme of sporting endeavours, I do find it hard to quit, so I have persisted in wheezing and swearing around my weekly 5K, despite never enjoying the act itself.

What I do enjoy, though, is the smug feeling afterwards, and at Elmley this included a ‘well done’ from a fellow camper, waving from the steps of her own shepherd’s hut (Birkenstocks firmly wedged over thick hiking socks), and the rest of our delicious breakfast hamper, eaten back under the duvet while contemplating a day of wandering the reserve and not much else.

Having collected our picnic lunch (are you sensing a theme here?) and some binoculars and a scope from the Barn, we headed back out into the reserve to see what we could see. We are enthusiastic, if amateur, birders, and must admit to having been spoiled by our time in the US, where our travels in the southern states during winter revealed a myriad of migrating birds, as well as colourful native species all year round, so that we were regularly ticking off new varieties in what became the unexpected best gift of our travels: a handbook of birds of North America.

The UK is, to me, rarely as rewarding, with a succession of small brown birds flitting across your range of vision, and a certainty that it’s definitely not an eagle up there. Nevertheless, we find something soothing about sitting in the wooden confines of a hide, peacefully gazing out at a lake or a marsh, normally trying to remember which ducks we’ve seen before and if that long-billed wader is a curlew or something else. Add to that a first class home-made sausage roll picnic, and a hip flask of whiskey (well done, John), and we passed a very enjoyable lunchtime.

What was less enjoyable was the walk back, straight into the ever increasing head wind. On our way to the Spit End Hide, at the far end of the reserve, we both felt that the signposting was overly optimistic, though I figured that my run had perhaps taken away my normal energy in approaching a weekend walk. Leaving the hide, John set his phone to track the 1.3 kilometres to the first wooden sign and, on returning to it, we found it was in fact two. That doesn’t seem a huge difference, but when you battle to the next one (1.7km) and the phone reads 2.7, you start to feel that someone may have got their miles and kilometres confused when painting the very attractive wooden markers. This was confirmed by the final (or starting) marker, see below, and therefore a jaunty 4 km round trip was in fact a very windy 4 miles. Time, we felt, for an evening spent by the campfire and yet another delicious home-cooked offering from the Elmley Team.

We are big fans of the self-catering experience ordinarily, and can mostly be found in villas and Air BnBs. We cooked every day living in our trailer, treating ourselves on travel days to a diner stop, but generally cooking from scratch in the well-equipped kitchen we had there. This weekend, however, we decided to take a break and put ourselves in the capable hands of the on-site chef, who did not disappoint.

It felt very indulgent to us to have all our meals prepared, but it really allowed us to make the most of the time we had. There was a little oven and two-ring gas burner, as well as a sink and some cooking essentials, so we could have made some simple meals. It was a real joy, though, to receive an insulated picnic hamper to the door, and open it up to find warm enamelled cookware, full of enticing meals. Our first night was lamb tagine, richly spiced and served with plenty of cous cous, followed by a chocolate brownie and cream. Saturday night we went vegetarian, as John’s favourite, aubergine parmigiana, was on the menu. Tucking in with a garlic flatbread, by a roaring campfire, was a very cosy way to round off the day.

A bottle of warming red and some s’mores later, and we were ready to retire to our little hut, to dream of our other home on wheels and wonder when we might ever get back to adventure around those states we had to miss, or to which we are eager to return. At the time of writing, America’s borders remain closed to us, and we wish our friends there all our love as we come towards November.

For us, all being well, November should see a return to Elmley, as that was in fact the first date I could get when I tried to book last December. This weekend was a bonus, in more ways than one, and we’re already looking forward to the return visit, this time in Damson hut, which I believe has an outdoor bath. Do I dare..? Watch this space…

For stays, see https://www.elmleynaturereserve.co.uk/ though they are always very busy, so I have found that checking their InstaStories for cancellations is now the better way to go.