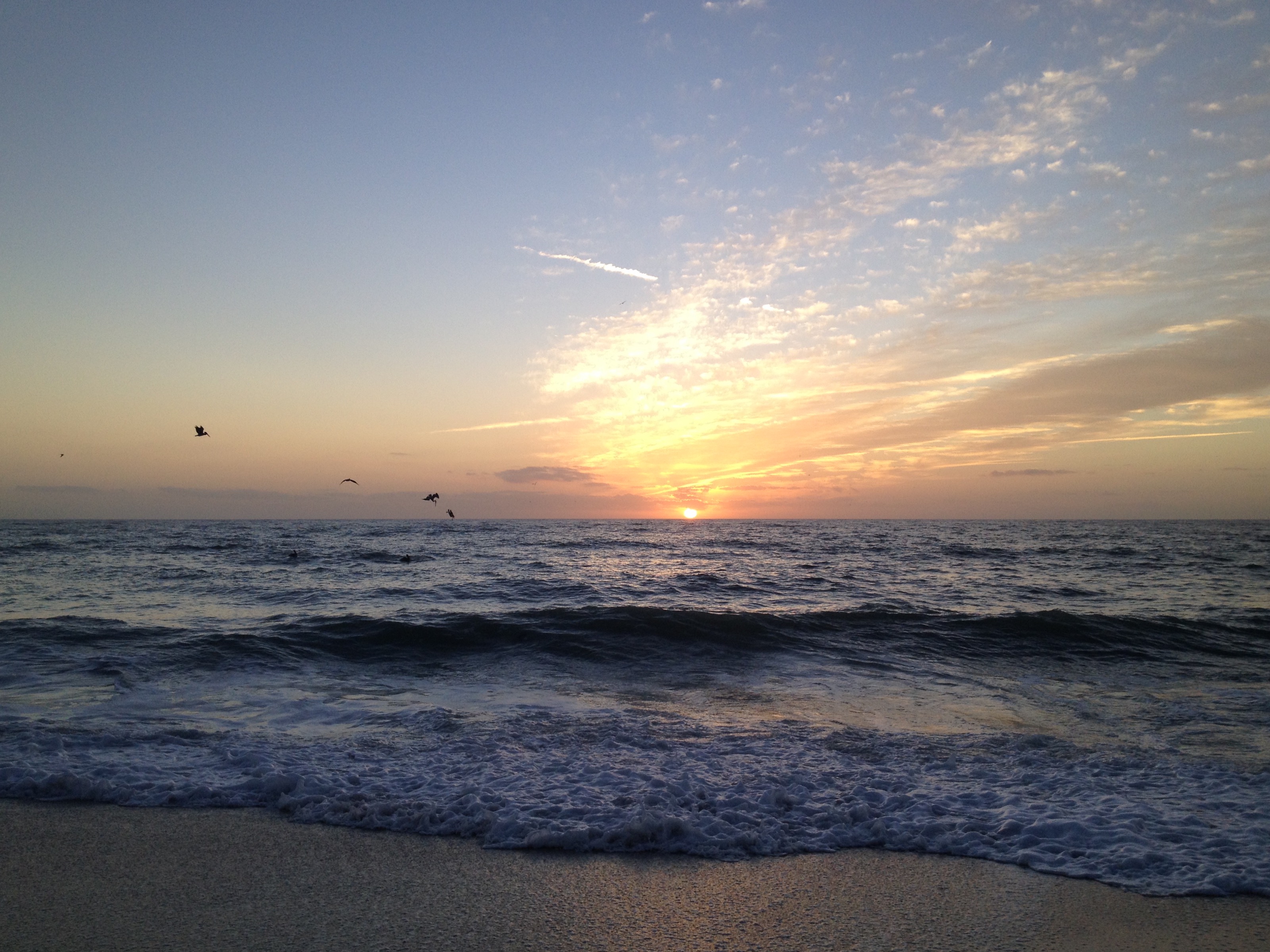 At just before 3am this morning, I woke to intense lightning flashing through the skylight above our bed. Rain was lashing the trailer, the thunder was rolling, and the wind sounded like aeroplanes going back and forth overhead. I felt a bit uneasy and couldn’t get back to sleep so John poured me a glass of milk (my fail safe insomnia remedy) and we sat up watching the storm from the comfort of our bed.

Halfway through my milk, an alarm sounded in the trailer. Not the smoke alarm, we thought, so is this what the carbon monoxide warning sounds like, as an almost siren-like noise went off twice? It turned out to be coming from my phone (which was on silent) and when I looked at the screen, I saw the following warning:

This is was accompanied by several updates from my weather app and, as I scrolled through, my British stiff upper lip started to wobble:

When we checked the location listings, Osprey, right where we are camped in Oscar Scherer State Park, was named specifically.

We know from conversations with Steve that severe weather warnings in the US are not to be sniffed at, so we were up out of bed donning rain coats and trainers in seconds. John grabbed what he considered to be the essentials (our Kindles….?!) while I found our passports and a credit card – I didn’t fancy explaining to the Embassy why we made it out of a tornado with no passports but some excellent reading material.

We were frantically thinking, in our sleepy haze, where to go: What substantial building could we reach in a matter of minutes and at 3am, with the tornado moving as it was at speeds of 60mph? Then it struck me – the restrooms!

Bailing out of the trailer into the pitch black storm, we hurried the 100 feet or so to the sturdy concrete building containing the loos and showers, still wondering in our British way if this was all a big fuss about nothing. When we rounded the corner to the shower block, we saw a man sat outside on a bench and I felt like I might cry when he said “you’ve heard it too then?”.  It confirmed for me that this actually was serious and for a few moments I felt scared, not so much for my life but at least of the potential for major damage to our little home.

Our fellow camper was Roger, shortly joined by his wife Sue, and the four of us huddled against the wall of the building, under the shelter of the overhanging roof, watching the rain fall like a waterfall over the edge. Emergency though this was, none of us, it seemed, felt it yet justified crossing the sacred gender divisions to congregate in one or other bathroom.

Roger, it turned out, is a meteorologist, with particular experience of extreme Floridian weather, having led the team on site at the Homestead Airforce Base when Hurricane Andrew hit land in 1992. The most severe hurricane to date at that time, Andrew flattened the base and Roger and Sue had to move their family to new work, in Colorado. If Roger was staying out of his trailer this morning, we figured we were in the right place.

Roger monitored satellite images of the weather system on his phone while we talked and he explained to us that ‘Tornado Watch’ means to be on the lookout for severe winds, whereas ‘Tornado warning’, which we had all received, means that a tornado has definitely been spotted and you’d better get out of its way.

We were joined within minutes by several other campers, including some young children, whose mother took them into the ladies’ bathroom to sit down. There was a fairly relaxed atmosphere, punctuated by the odd jump at falling branches and gusts of wind.

Everyone agreed that tornadoes at this time of year in this area are rare but no less dangerous for it. It’s the unpredictability of these roving columns of wind which make them so destructive and potentially deadly. They move so fast and change direction so the only thing for it is to get to a place of safety, immediately. We were impressed with the warning system, which we knew from Steve’s previous advice is a message sent via cellphone towers to mobile phones and which overrides silent mode. Clever and lifesaving stuff – thank you National Weather Service.

At twenty to four we received another message, with a second tornado confirmed and heading inland. This extended the ‘warning’ status until 4:45am – a long time to be standing against a concrete wall with people you’ve just met, but we had the Dunkirk spirit about us and passed the time chatting about where other campers had visited.

By 4:40 am, Roger was satisfied that the danger had passed, and so we all shook hands and headed back, hopefully to get some sleep. John and I decided a brew was in order, so we had a cup of Yorkshire Gold before getting a few hours more sleep in.

It was a scary experience and hopefully one we won’t repeat. We woke up to find that two people had been killed when their home was destroyed, just ten miles north, and in total four tornadoes had touched land in a ten mile radius of our camp. It goes to show that the advice of our good friend to always keep an eye on the weather, heed warnings seriously, and stay safe, is sound and could one day be life saving

Today, I am pleased to say, has dawned bright and sunny, if a little cooler, and the atmosphere about camp is jaunty. Calling good morning to a group of campers, a man from Wisconsin shouted back to me ‘she’s smiling, she must have survived the night!’. A quick chat with them revealed that his brother in law was from Huntingdon, after which I returned to find John with the shocked wife of the campground host. He’d been riding to meet me at the laundry room when he saw her nearly taken out by an 8 foot falling branch. Best to stay alert it seems…!