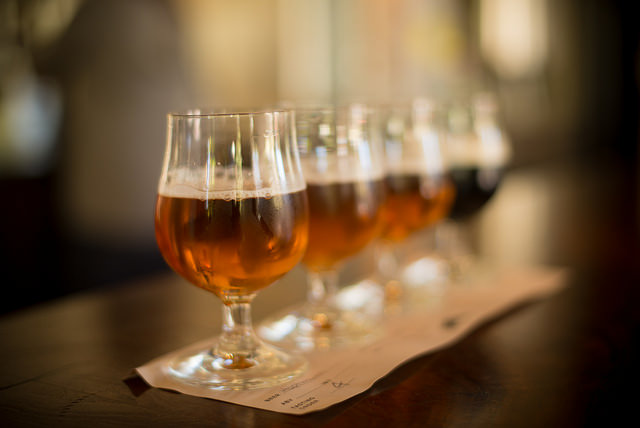 Anyone who has read any of our blog so far cannot have failed to notice that An does most of the writing. I’d argue that I don’t have time because someone actually has to organise this whole trip. An would argue that as she types with more than 2 fingers and can spell, her writing the blog constitutes a sensible division of labour (she has spell checked this entry). Whichever view you take, I’m sure that the majority of blog entries will be penned by more erudite better half. Occasionally though I’ll be chipping in with my thoughts on the trip, America, and whatever else happens to pique my interest (for anyone who doesn’t know me this will mostly involve beer).

For my first ‘guest column’ I thought I’d give my perspective on why we decided to take a year out and come to these United States.

I have long been fascinated by the idea of America. Throughout the 20th century and into the 21st, American power, whether economic or cultural, has shaped the rest of the world. No matter what far flung outpost of humanity you visit people there will know of, and have a view on, the U.S. To be able to visit and experience for a year at first hand the people and culture of the most powerful country on earth at a time when America is re-assessing its place in the world is an opportunity too good to miss. For me, America in the second decade of the 21st century is like Britain in the first decade of the 20th, or 16th century Spain. A nation that for decades has been the pre-eminent military and economic power in the world but is now finding itself challenged by emerging economies, to see how this is perceived by its people and reflected back to them by their media is a unique opportunity.

An and I also have an enduring love of American music (although I’m definitely more obsessive on the subject). I spent many hours at university travelling around the country to see Americana bands playing in Newcastle, Manchester and other venues. Often dragging willing but uncomprehending friends (take a bow Mr. Cesco Dadaglio and Martin Booth) to see the likes of My Morning Jacket or Howe Gelb with 4 other people in some pub. Being able to travel to the towns and areas where my favourite music was recorded has always had a strange draw for me. Even when those towns turn out to be as small, run down and bleak as Victorville, CA. If no one could mention the fact that many of the places “we must visit because an album track by Drive By Truckers was recorded there” might not be as amazing as I made out, that would be great.

Finally, and most importantly, this year gives us both the chance to see all of the amazing natural beauty of the continent, challenge ourselves by doing new things and meeting new people. Oh, and not go to work for a year!