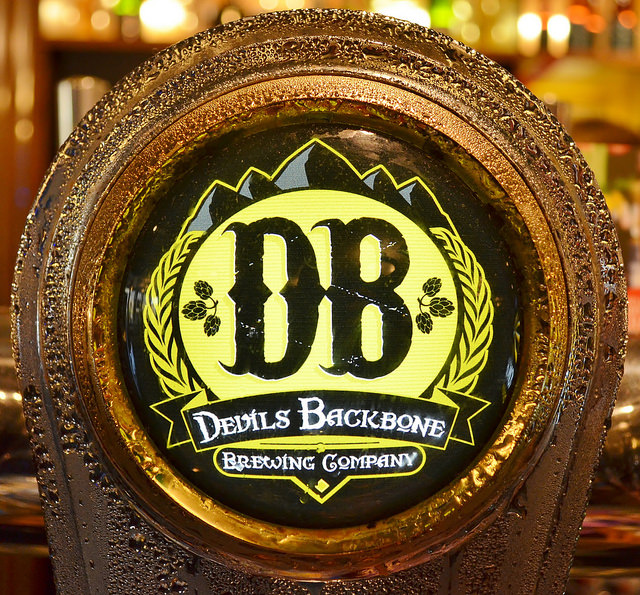 After trying to be all deep and meaningful on my first post with a commentary on the place of the USA in the second decade of the 21st century, I shall bow to public opinion and write about beer in this post.

Two weeks into our trip and the weather has deteriorated a little with the arrival of hurricane Joaquin off the Bahamas. This has meant lots of warm, moist air being pushed into the cold front over Virginia causing several days of heavy rain and cold temperatures. Running from the door to the car through horizontal rain reminded me of England and especially the pleasure of a pint of Adnam’s Old Ale by the fire in a cosy pub. This sensation is not something I’ve been able to replicate here; cold, fizzy beer just doesn’t seem quite right when it’s cold outside.

Having said that we have arrived in one of the US’s premier brewing regions with several local breweries including Blue Mountain, Devil’s Backbone and Starr Hill within easy reach. Weather, running equipment repairs and no small amount of driving have so far prevented a visit to the breweries, however, An has been having some practice on the Yukon and has offered to drive Steve and me on a multi-brewery tour when the sun returns.

To further placate the legions of beer blog readers (well Bear Dog) who are following my sozzled progress around the continent, I include a list of beers sampled so far and my thoughts:

With the predicted return of better weather next week I will beginning the quest to find the best Virginia brewed beer to drink while sitting on a porch in the sunshine. Lots of research needed on that one. Will let you all know how I got on in the 3rd pint of ‘Guest (ale) column’.