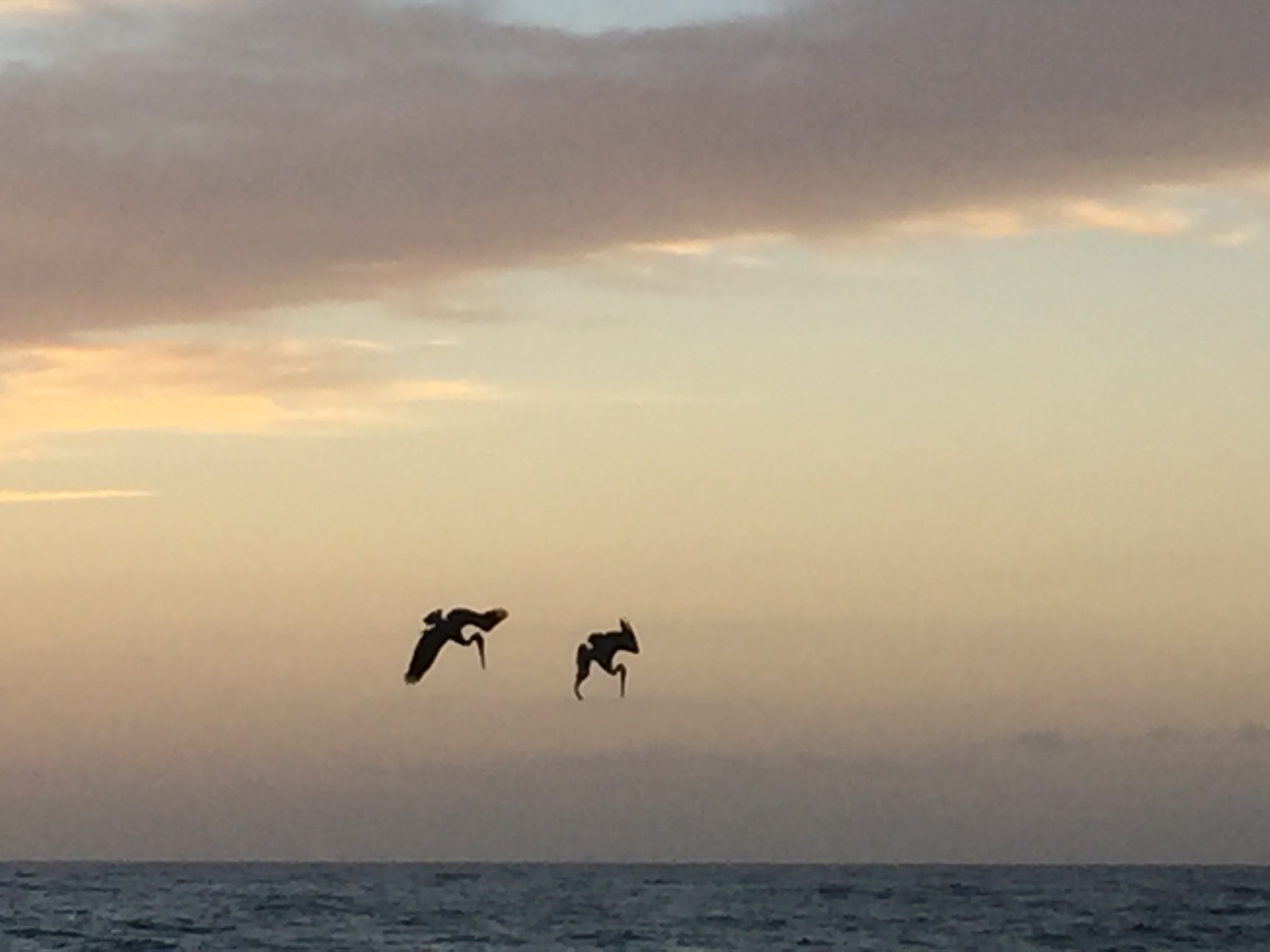 This week we said farewell to Florida, leaving her beautiful beaches, glorious sunsets, and fabulous wildlife, to head into the Deep South and get on the music trail. Florida has treated us well this winter; we’ve spent the majority of the past two months soaking up sunshine, dodging blizzards further north (and tornadoes right around us!) and are more tanned than we have ever been before at the start of February. We’ve explored and developed a love for what is often referred to as ‘the Real Florida’ – the scrublands, the hammocks (of the wooded variety, not the desert island swing bed), the palms and pines and cyprus groves. We’ve been south, to John Pennekamp Coral Reef State Park, where we kayaked through the mangroves, and north to the Panhandle, where the beaches are stunning and often undeveloped.

Here are some of our recent highlights,  and some photos that for us sum up what for us is the Florida we have found this winter. We hope that when we return one day we can torture our children with ‘experiencing the natural beauty of the place’ as they tug on our hands to take them to Orlando…I may weaken, John probably won’t!

We loved Oscar Scherer SP the first time and when we saw the opportunity to book in again on a cancellation, we jumped at the chance. We ended up staying for nearly two weeks and it was a much needed chance to relax without being on the move every couple of days, to feel a bit like we had a home base for a while. We got a bit arty, visiting both the Ringling Museum in Sarasota, which as a bonus is free on Fridays, and the Dali Museum, in St. Petersburg, which was not free (ouch, $24 each!) but was worth the money to see the largest collection of his works outside of Europe and included a free guided tour. We also spent more time at our favourite beach, Nokomis, on Casey Key, enjoyed the sunsets, and spent lazy days relaxing around the park, honing our new found birding skills!

We’d stopped for one night at Manatee Springs State Park earlier in our journey, but had to move on the next day and so didn’t get a chance to see the giant creatures who make their way up into the springs to bask in the warmer waters during the winter months. This time we booked two nights and had our fingers crossed that, on our only full day, we might catch a glimpse of a manatee. Happily for us, the weather was obliging, and the manatees more so. We rented a kayak and had paddled off only a few hundred yards down the springs before I looked down and realised that it wasn’t a big rock in the clear waters below us, but a huge manatee! There were five relaxing just below us, and they would occasionally pop up to the surface to puff air through their snouts. They are beautiful, ancient animals,  who were almost hunted to extinction, so it was a real pleasure to see them enjoying the springs.

I’m going to put it out there: The Everglades National Park is not my favourite place. I don’t know why, I just got a funny feeling about it. We saw a film in the visitors’ centre about people who live there and who eulogise about it; to them, this is their church and in this vast wilderness of swamp and cypress they find their God. It wasn’t so for me, though I can see it has its own wild beauty and we did enjoy an interesting ranger talk about alligators, during which two were sunning themselves on the edge of the water right beneath us. We also visited Big Cypress National Preserve, which is, as the name suggests, full of lots of cypress trees, as well as birds, more gators, and the longest, dullest, dirtiest dirt road we’ve ever driven – we thought we might never come out the other end. We’re glad we visited as it’s a critical ecosystem for Florida and one they are spending a lot of time and money trying to recover, having spent years diverting the natural flow of the water away to the cities. I just don’t feel any need to return!

Our last stop in Florida, back on the beautiful Panhandle, was St. Joseph’ Peninsula – a strip of land that sticks out opposite  Port St. Joe and which has been preserved in part as a wilderness. It’s wilderness Florida style, which means that with a permit you can hike up the north end of the island, as long as you stick to the sandy trail, and you can even tent camp in the primitive sites (a step too far for me still..!). There is a beauty to this place all of its own, with palms and pines bright green against the blue sky and white sand; it was very peaceful. In the evenings, we could wander over the dunes from our campsite to watch the sunset over the Gulf, and see the little shore birds (known here as peeps) scurrying along in the surf. This to me is another classic Florida scene as the peeps were our constant companions this winter.

On Sunday we left Florida,  and have headed into the Deep South, this time on the music trail. After a stop in Alabama, which is a lot prettier and hillier inland than we’d experienced down on the coast, we’ve set up camp in Mississippi and will be taking a trip in the car up the Natchez Trace to Nashville to get a bit of country and enjoy a B&B stay – the luxury budget is open for business!  The music theme will continue when we’re back as we’ll be indulging John’s love of Delta Blues around Clarksdale, and going on the hunt for Elvis in Memphis.

We’d love to hear any tips for Nashville, Memphis or anywhere else we should see, especially music related – this is the start of a new part of the adventure for us, before we head into the wide open spaces of the west, so we’re getting in our bars and banjoes while we can!