Bend, Oregon: The beer capital of the West 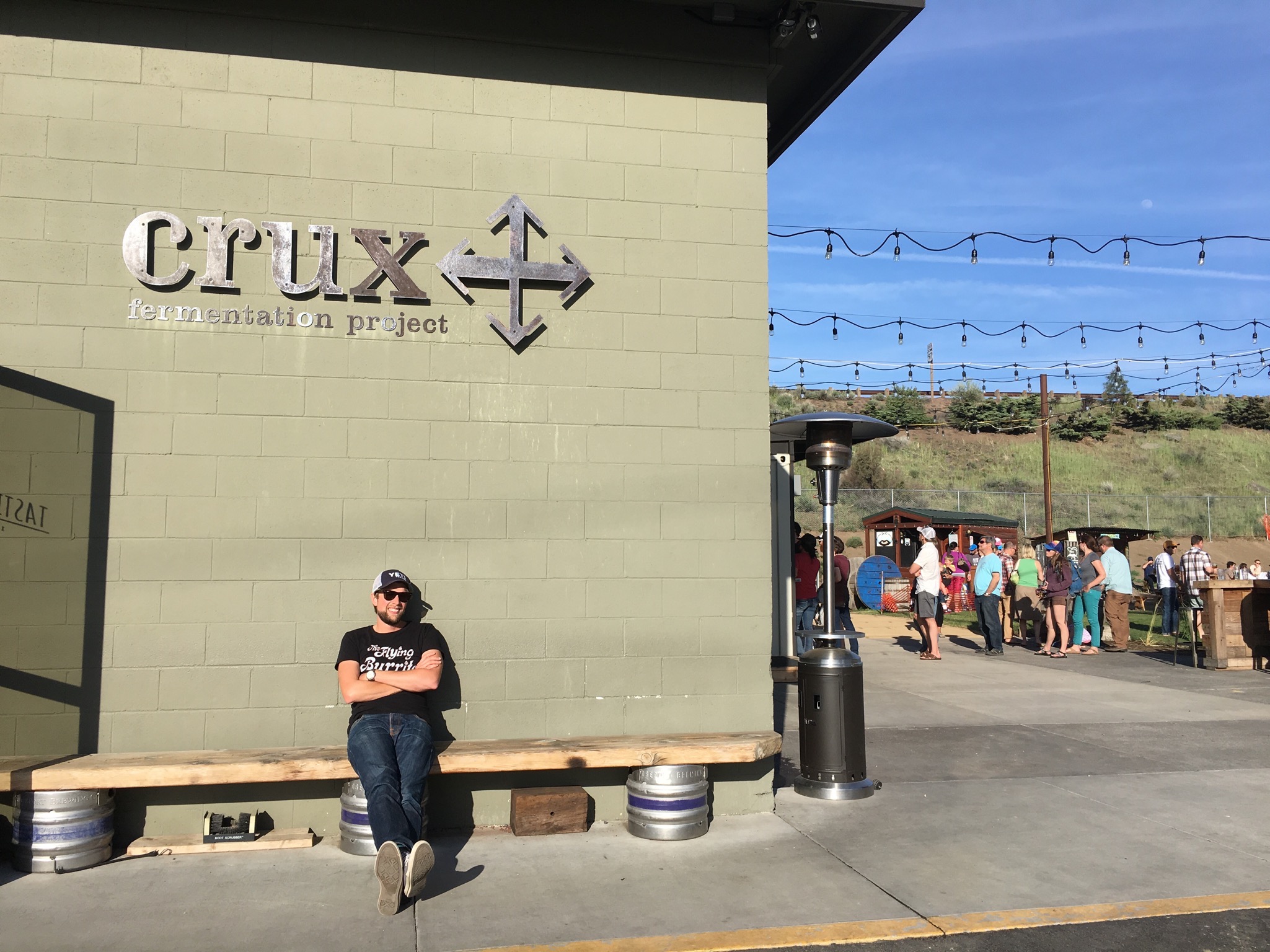 by John Syson in Beer, This year of our lives 6 Comments

I’d never heard of Bend, OR until we met a couple in Lassen Volcanic National Park a few weeks ago. As they approached along the lake shore I noticed the gentleman was wearing a baseball cap from Fall River brewing in Redding, CA. Brewery merchandise is a big thing in the US and beer lovers tend to wear the t-shirt/baseball cap of their favourite breweries as one might a retro football shirt at home (although it is perfectly acceptable to support multiple breweries).

They asked whether we would mind taking their photograph and as often happens when meeting the locals on hikes we had a discussion about our trip and where we were going next. On hearing that we were heading north into Oregon we were firmly recommended to check out Bend. Apparently “it has the best water in America” (a claim I have also heard advanced for Brevard NC and Roseland VA). Anyway our brew cap wearing friend waxed so lyrical about the wonders of Bend and how those in the beer know in these parts regard it and not Portland as the brewing capital of the north west that I immediately set about trying to figure out how it could be included in our travels. Unfortunately, we had already planned an ambitious schedule taking in Crater Lake National Park on the eastern edge of the cascades, coastal Oregon and a sprint across Idaho in order to arrive in Southern Utah by 5th June, a journey of some 1500 miles in a little over 2 weeks.

Fortunately on arriving at our next campground near Crater Lake and learning that most of the national park was still closed due to snow, An had the great idea of driving the 100 miles up US 97 to Bend, sampling the breweries and staying the night in a B&B. It’s these moments of genius which remind me why I married her.

The road to Bend is beautiful and like many in eastern Oregon requires only the occasional, minor turn of the wheel. In a little under 2 hours we were in Bend trying to find B&B accommodation within walking distance of some of the 20 odd breweries that call the town home. Tuesday night in Bend is surprisingly popular but we secured a reservation at the Mill Inn at the second attempt ( just arriving somewhere isn’t a thing now we have the internet and telephones so you have to do it remotely, even if you’re standing outside at the time).

It was a lovely sunny day in Bend and we found a nice lunch spot at the Bad Wolf café. It was here that I started my beer adventure with, a coffee. Erm, turns out they didn’t have any beer but they did have a lovely cold brewed coffee served ‘on nitro’ (no I don’t know what that means either) but it looked like a Guinness, tasted lovely and was super hipster so no complaints there.

After that we dropped our belongings at the Mill Inn, I took two Tylenol PM tablets as was suffering from a headache, a tactical error that would come back to haunt me later in the night.  Using a ‘beer tour app’ quickly downloaded using the Mill’s wifi we sketched out a rough route taking in as many breweries as possible in the downtown area. We began our tour at the Boneyard Brewing one of the establishments recommended by the couple in Lassen. As this was their brewery they only served tasters or filled growlers so we both decided to take advantage of a flight of beers and fill up the next day with our favourite as they had a special $7 growler Wednesday promotion.

The beers at Bone yard represented the best of the west coast brewing style; light, hoppy pale ales and IPAs as well as an interesting habenero chilli beer which both of us would happily have again (no mean feat for a novelty beer). We also enjoyed the friendly company of the bar staff and the owner who made an appearance fresh from returning from London where he was working on a collaboration beer with Beavertown Brewery.

From there we walked (never easy in America) to the Crux Fermentation Project; pretentious name, lovely beers and location. Sitting out in the sun looking out over the snow capped Cascade mountains, enjoying a selection of beers from the outside bar and listening to the likes of The Eagles, Crosby, Stills & Nash and Credence made me ponder how on earth I might move to this wonderful beer town. Unfortunately for me the local uniform appears to consist of a beer t-shirt, beard and a scruffy baseball cap, which obviously means I would struggle to fit in…

It was also noticeable how many young families frequented Crux, it was rather like the atmosphere at a summer beer festival in England with kids running round in the sunshine while their parents chatted over a beer in the sun. Except this was a normal Tuesday afternoon. I’m beginning to see why everyone in Oregon is so relaxed.

We returned to the B&B and added a few layers for the predicted cold evening before sampling the Bend Brewing Company. The less said about the Bend Brewing Company the better. Lacklustre beers and completely indifferent service meant we left earlier than anticipated, cancelling our apps order on the way out that after 45 minutes had failed to materialise.

Onwards, not to a brewery but a Cajun restaurant, which like everywhere in Bend had an extensive beer menu but also an Oregon Pinot Noir that An sampled. It was around this time that my decision to have some Tylenol earlier in the evening began to seem unwise. Although I was in the brewing Mecca of the west coast enjoying a delicious Jambalya I could hardly keep my eyes open and despite an espresso for desert it was back to the B&B afterwards.

After a refreshing 10 hours of sleep and a waffle for breakfast we headed back to Boneyard brewing to take advantage of their $7 growler fill opting for the RPM an ale which both of us enjoyed and with the growler safely tucked away in the back of the car we headed for Crater Lake and enjoyed an afternoon walking the snow lined roads that surround the summit of the sunken volcano’s crater.

Whether Bend is the beer capital of the US or not it certainly has some wonderful breweries and like many mountain towns we’ve visited a great relaxed atmosphere. Certainly a place you’d want to linger longer for just one more beer.