A valley of breweries 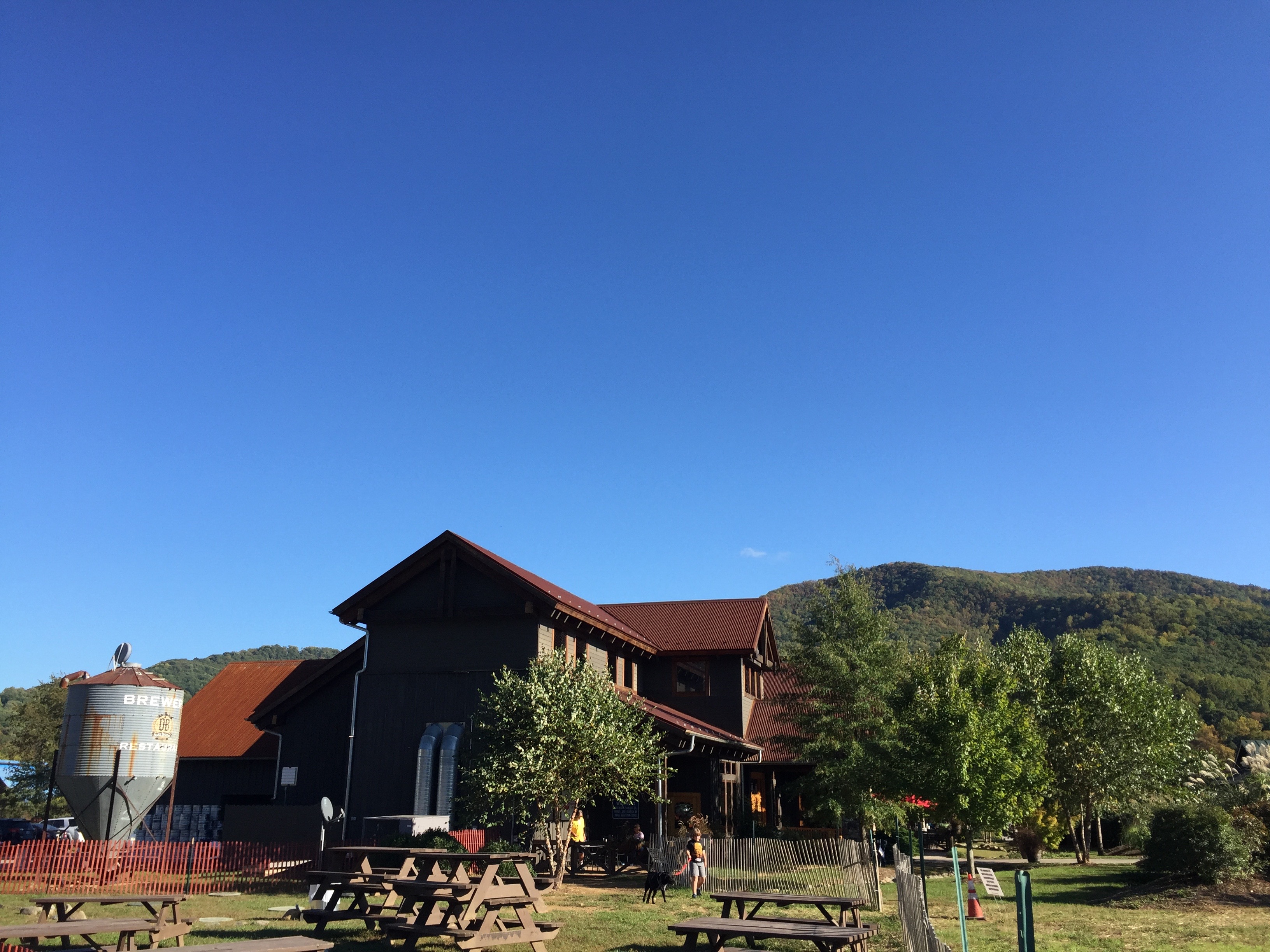 During the time we spent staying with Steve and Deb at their lovely house near Gordonsville, VA, Steve told me on several occasions that we were in the middle of a thriving brewing region of the US. Despite the fact that Steve only drinks Bud Lite, his recommendations have a tendency to come up trumps and I was very much looking forward to sampling some of the local beers.

It seemed my dreams were to be thwarted as a mixture of inclement weather, having loads to do finding a trailer, fixing it and kitting it out were eating into the available days. When we decided to head out on our first camping trip with Steve and Deb I thought my chance had passed. Happily, our destination of Waynesboro proved to be right near several of the leading regional breweries, including Devil’s Backbone, a brewery beloved of legions of Weatherspoon’s Curry Clubbers.

When Steve suggested we go for a drive to visit some breweries (there are at least 6 between the James and Shenandoah rivers as well as numerous distilleries and vineyards) and An offered to drive back I felt just like a chap who likes beer who is about to go and visit some breweries.

First up was the Devil’s Backbone Brewpub. Although most of their widely available and popular beers are brewed elsewhere, this shiny new brewpub does knock up a few in their on site brewery. A UK IPA and a Striped Bass Pale Ale later and I was ready for a massive pulled pork sandwich and chips, all served outside in the sunshine in late October! Delicious. Steve even left the safety of Bud Lite and had a raspberry wheat beer and declared it passable. Deb had a lovely looking milk stout, though with all those nice caramel, coffee and liquorice flavours going on, I’m not sure why you’d want it cold and fizzy. I can see (and taste) it’s delicious for hoppy IPAs on a summer day but in a porter or stout? If anyone understands the American obsession with cold, fizzy beer please explain it to me.

After Devil’s Backbone it was onto Wild Wolf. When we arrived we were shown to another outside table and a waitress came to take our beer order. A taster of all 10 beers available for me and a seasonal 6 beer selection for An (Steve had offered to take the driving reigns). Winner. The waitress returned to take our food order; having eaten a pulled pork sandwich the size of Derbyshire about an hour previously, I was tempted by some pudding but the fizziness of the beer put paid to that.

I hadn’t understood why in the breweries and indeed all other alcohol serving establishments we had visited the staff were so keen to offer food all the time. It turns out that in Virginia you are required to offer food if you serve alcoholic beverages. No old style ‘if you want some food there are some 2 year old pork scratchings in a bag’ pubs here. With that bombshell it was time to leave the state….